Why Did Hitler and Napoleon Fail in Conquering Russia?

Both Napoleon and Hitler tried to conquer Russia, in 1812 and 1941 respectively. They had the same destiny: defeat. But why did it happen? 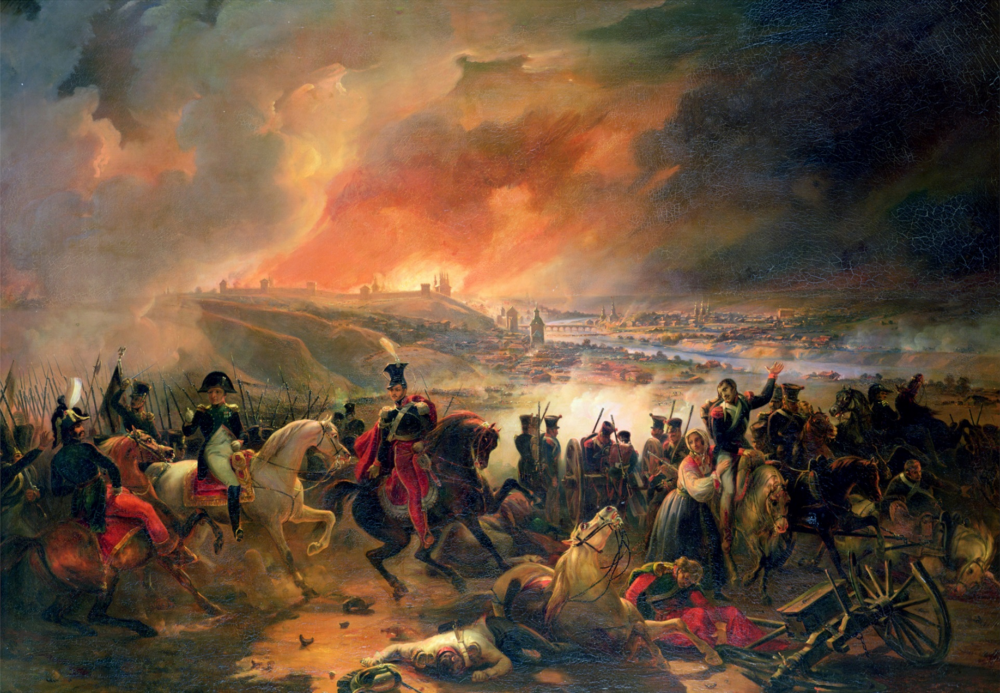 here are two important occurrences that best capture Hitler’s admiration for the French Emperor. The first one is dated June 23, 1940. France had just capitulated and Hitler wanted to go to Paris in order to formalize the new political order of Continental Europe. In Paris, Hitler visited France’s most important monuments (such as the Eiffel Tower, even if he couldn’t reach its top). In particular, Hitler was looking forward to seeing Napoleon’s grave. Once there, he said, touched: “This is the best moment of my life”. The second evidence is Hitler’s memoire, in which he often compared himself to Napoleon as two men with a common destiny: two pace-seekers forced by England to continue a war. He stated:

“I can, perhaps better than anyone else, understand the tortures suffered by Napoleon, eager for peace and forced to continue the war, without stopping and without seeing any prospect of quitting, yet tenacious in his eternal hope of achieving peace. Since Summer 1940 I have suffered the same torments too. It’s always been England that blocked Europe’s path towards prosperity”.

I will now analyze this comparison more in-depth. In particular, I will analyze Napoleon’s and Hitler’s Russian campaigns (1812 and 1941 respectively). It is often said that History has shown that Russia cannot be conquered. It is true, but what are the basis of this theory? We will see them in a moment; but keep in mind that, for both Napoleon and Hitler, trying to conquer Russia led to their defeat and the destruction of what they had previously created.

Nevertheless, both armies showed to have big problems. As far as Napoleon’s army is concerned, for example, only a third of the soldiers were French. The other two-thirds were made up of soldiers from the regions that Napoleon had previously conquered. So, they didn’t feel the importance of that war, it wasn’t theirs. Hitler’s main problem was his tanks’ inefficiency. First of all, they weren’t enough. In the Battle of France, Germany had used more or less the same number of tanks, but fights had taken place in a territory that was extremely smaller than the Russian one. Then, it was easy to drive those tanks on a normal road, but very difficult to drive them on bumpy roads, and almost any Russian road was bumpy and muddy.

Why Both Napoleon and Hitler Failed to Conquer Russia

The main reason why both Napoleon and Hitler failed to conquer Russia was timing. The period of Napoleon’s Russian Campaign and Hitler’s Operation Barbarossa overlap almost perfectly. The French invasion of Russia took place between June 23 and December 14, 1812; Operation Barbarossa lasted from June 22 to December 5, 1941. Both started in Summer. Napoleon and Hitler believed that they could conquer Russia very quickly. Reports say that Napoleon stated that a single battle would have been enough, while Hitler told his hierarchs: “Just kick the door, the whole rotten building will collapse”. But they were wrong. Especially, they underestimated Russia’s ability to recruit forces. Russia’s territory has always been immense, and soldiers’ availability was huge both in 1812 and 1941. Once the French and the German armies faced the Russian Winter, then, they couldn’t do anything but stand down or start an atrocious warfare. And, ultimately, they couldn’t do anything but loose.