First came the three-year Fimbul winter as a warning of the approaching Ragnarok, the twilight of the Gods 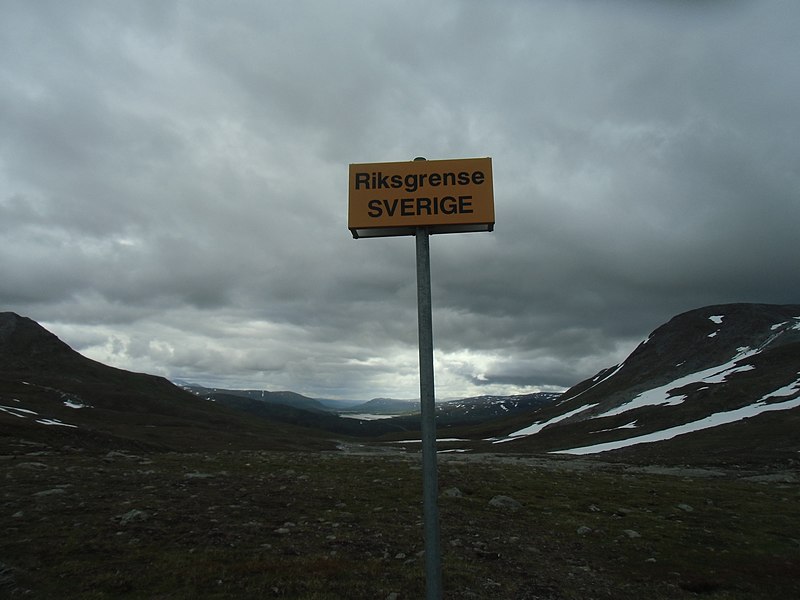 ne day – whenever the Norns, the unfathomable spinners of fate, decide – a great winter will come, the Fimbulwinter (Old Norse fimbulvetr), and it will be unlike anything the world has seen before. Snow will come from all directions, carried by the icy winds, the sun will give neither light nor warmth, and terrible cold will afflict the earth.

The majestic Fimbulwinter will last as long as three normal winters without summer. People will starve for everything, morality will disappear, and they will know only the mere struggle for survival. It will be an age of swords and axes; brother slays brother, father slays son and son slays father.

The wolves Skoll and Hati, who have chased the sun and moon through the sky since the beginning of time, will finally catch their prey. The stars will also disappear, leaving nothing but a black void in the sky. Yggdrasil, the great tree that holds the cosmos together, will shake, and all the trees and even the mountains will tumble to the ground.

The chain that held back the monstrous wolf Fenrir will break, and the beast will run free. Jormungand, the mighty serpent that dwells at the bottom of the ocean and surrounds the land, will rise from the depths and pour the seas over the whole earth when he goes ashore.

The Gods will go into battle despite the prophecies

An ominous blast of the horn sounds; it is Heimdall, the divine guardian, blowing the Gjallar horn to announce the arrival of the moment feared by the gods. But they will decide to go into battle, even though they know what the prophecies have foretold for the outcome of this battle. They arm themselves and meet their enemies on a battlefield called Vigrid (Old Norse Vígríðr, plain where the battle rages). Odin and the champions of men will fight more valiantly than they ever have before. But it will not be enough.

Thor and Jormungand, these ancient enemies, will both eventually get their chance to kill the other. Thor will succeed in slaying the great serpent with the blows of his hammer. But the serpent will have covered him with so much venom that he will not be able to stand for long; he will take nine steps before he himself falls dead and his blood flows into the already saturated ground of Vigrid.

Then the remains of the world will sink into the sea, and there will be nothing left but emptiness. Creation and everything that has happened since will be completely erased as if it had never existed.

One version ends here, while the other, probably younger and added by the Christians, promises that a new world, green and beautiful, will arise from the water. Vidar and some other gods will survive the fall of the old world and live happily in the new one. A man and a woman who had been hiding in the forest all this time will repopulate the earth.

Scientists are discovering more and more evidence that the Norse myth of Ragnarok is based on the real events of the apocalyptic years that followed a supervolcano explosion and an asteroid impact in 536 AD and ushered in a Little Ice Age in the northern hemisphere.

The population of Sweden halved in the 500s through emigration or extinction. There are almost no grave finds from this period. Archaeologists report that fine jewelry and beautiful Norse pottery were no longer made. At the same time, more gold was sacrificed to the gods. But there are no written sources about life in Norway after 536 AD.

The way nature grows shows that people and animals left the cultivated landscapes they had used in the mountains since the Stone Age, which has been a well-known phenomenon in Norwegian archaeology since the 1960s. Until recently, however, scientists believed that the massive devastation of farms in Norway from the mid-500th century onwards was linked to the Justinian Plague, which struck 1/4 of the Byzantine Empire and reached Germany, so it was always assumed that the plague reached Sweden too.

But recent studies show that the great cooling was caused simultaneously by a comet impact in the ocean and three supervolcano explosions that occurred within 11 years. The decline of archaeologically valuable sites before and after 550 is up to 70%. And the same thing happened in Sweden. The few traces of agriculture in the second half of the 500s point to cattle breeding.

Only around 650 do archaeologists find signs of normal life, but in a different form and with much new technology. A lot of knowledge had disappeared, and people began to make iron in completely new ways. Goldsmiths, on the other hand, did not survive. It will take a thousand years before pottery in Norway is as good as it was before the great climate change.

The Norse epic of Ragnarok is perhaps a survival story that reminds us that climate-changing eruptions from supervolcanoes are a common natural phenomenon and are certain to recur. We are part of a much larger web than we are used to believing.