The love life of a misunderstood artist 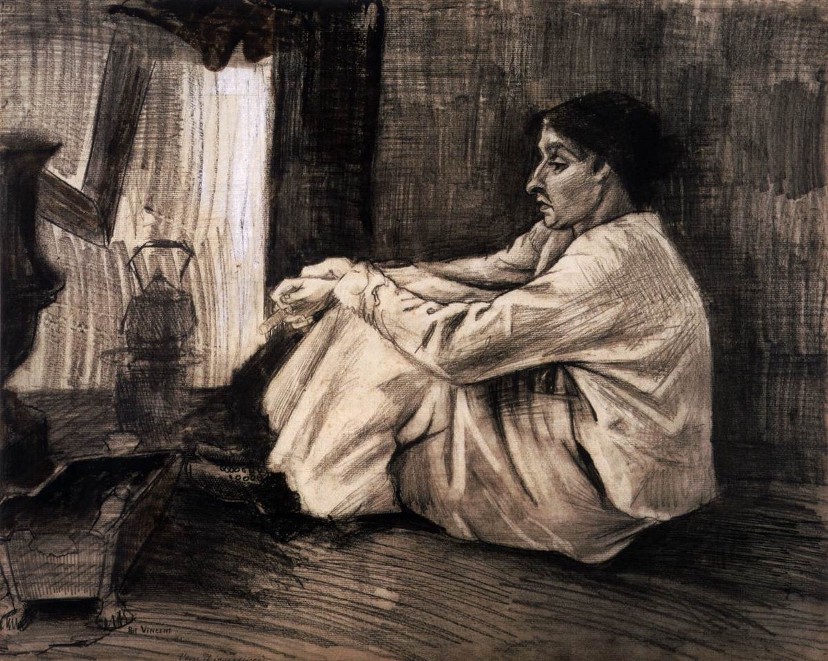 he lives of artists, no matter if we are talking about writers, musicians, or painters, are all messy and in most cases misunderstood. When it comes to love it’s even worst because loving a person comes down to understanding that person, but when you see that most artists are closed up in introverted souls it can be difficult.

Van Gogh and the prostitute

Such a case applies to Vincent van Gogh, one of the most acclaimed artists from the 19th century who was quite misunderstood due to his love life. Van Gogh was in love with prostitutes to the point where he actually welcomed one in his life and of whom he made a famous drawing, which can be seen above. His notorious beloved was Christine Clasina Maria Hoornik, but van Gogh liked to call her Sien.

Sien was three years older than van Gogh and she had had it hard as there wasn’t much work for her, especially taking her five-year-old daughter into account. She had no other option than just to sell herself to take care of her daughter. Van Gogh saw beyond her filthy and rough look, he was looking straight at her soul and nothing else.

When Vincent announced that he wanted to marry Sien, his parents threatened to take him to an asylum and have him checked out. Despite all the threats, he did not want to give up this woman:

“She and I are two unfortunates who must remain united and carry our cross together,” he wrote.

This quote also describes that this was more than just a relationship for pleasure van Gogh, this was true love.

In June 1882, van Gogh was admitted to the hospital because of a fever, however, he also had gonorrhea. Although he told his brother Theo that it was just a “mild venereal disease,” he had to endure the introduction of a catheter into his penis so he could still pee. While in the hospital, Sien was also admitted, bringing her baby into the world. Vincent endured the pain that this disease caused him with stoicism, saying that they were nothing compared to the birth pains Sien had gone through.

Vincent had moved to a larger apartment which he later used as a workshop. There, he painted Sien, the dirty lady, and her child sick with jaundice, in the place of Madonna and the baby. In fact, Sien was anything but a good mother, because she used to drink, smoke, and neglect her children. It was as if she never really understood why an artist like van Gogh liked someone like her.

As if Sien alone wasn’t good enough, he had to support her family. Her brother, who had forced his own wife into prostitution and then divorced her, wanted to become Sien’s pimp, and in return for a share of the proceeds, Sien’s mother backed him in this business. The family started playing all sorts of tricks on van Gogh to get rid of him.

The artist was becoming increasingly depressed and withdrawn. Theo came to visit him and he had rescued a fallen woman, but who was completely different than Sien. An educated woman, she had been pushed into prostitution by bad luck, and when Theo met her, she was on the verge of suicide. Now his brother could really understand him. Theo replied dryly that they were just two silly idealists.

Van Gogh’s situation was becoming desperate. He told Sien he had to leave the province to paint, and before he left, he tried to find her a job. But instead of going to the interviews, he had arranged, she went to the wine shop and got drunk. When he returned from the trip, he learned that Sien had returned to her old job. Sadly, Sien committed suicide in 1904.