The Strict Rules Playboy Bunnies Had To Follow in the 1960s 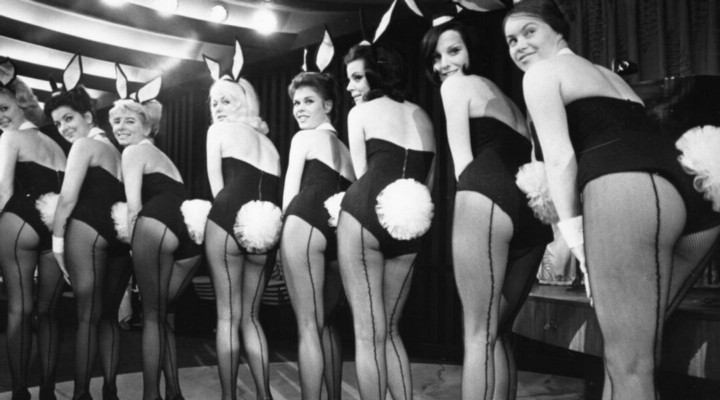 he Playboy brand that we know today was quite different about 60 years ago. It all started with Playboy clubs or what was known as Gentlemen’s clubs which later on turned into modern nightclubs. In a period when it was very difficult for women to be financially independent, a Playboy bunny was able to win enough money to buy a house in just three years.

Some of the clubs even promised $200 a week, taking into consideration inflation today that would be around $1,700 a week. However, this impressive salary came with a very strict rulebook entitled The Playboy Club Bunny Manual. This manual contained strict rules that we’re treating the Bunnies more like children rather than grown-up adults.

On the other hand, these Playboy clubs weren’t for an everyday Joe, these were only for rich men and access would only be permitted with an expensive membership. This manual was seen more as a guideline for the code of conduct that must be followed by members of the clubs.

The Human Resources department from Playboy Enterprise was very meticulous about the manual, making sure not only that it followed all the governmental regulations, but also that all Bunnies respected the manual. You can see how sexist this period was, as these rules only applied to the female employees of the company.

Hugh Hefner, the founder, and CEO of Playboy Enterprise wanted the Bunnies to maintain a pristine image for the brand, during work hours as much as outside of work and this is why he went too far with the strictness of the rules. No one was forced to sign the contract, but at the same time, no one would refuse with such a good pay rate.

The idea behind Hefner’s brand was that these Bunnies were exclusive in the world and he wanted to apply this as much as possible even when they were not working, going as far as hiring private investigators to spy on the Bunnies whilst off work.

This is where the sketchy business started, although practically illegal it technically wasn’t like the manual specified that the business would have unexpected checkups, it never mentioned by whom or where or if outside of work. Most people were in love with the brand for various reasons so they never really questioned the ethics behind the business nor its legality.

These investigation agencies were paid by Hefner to test the Bunnies’ loyalty whilst off duty in various ways. They would use some of their most attractive investigators to seduce the Bunnies in order to gain personal information about their lives or to see if they would accept going out with members of Playboy clubs.

An agent went as far as offering one of the Bunnies $1,000 (with inflation $8,800) to only go out with her, but with such a huge sum of money, the Bunny knew that he was an agent so she refused. Although this is what kept the pristine service a mystery that attracted new members every year, the girls were deprived of having any personal gains or an active social life due to all the restrictions and checkups.

Most people would think why didn’t they just quit?

This is because, during these times, women still weren’t seen as equal in the workplace, getting a job that would pay better or at least as good as this was almost impossible. To this day the company still isn’t very transparent when it comes to the work ethics that take place.