One man’s plan to organise the entire Soviet Union using one system, OGAS, the Soviet internet. 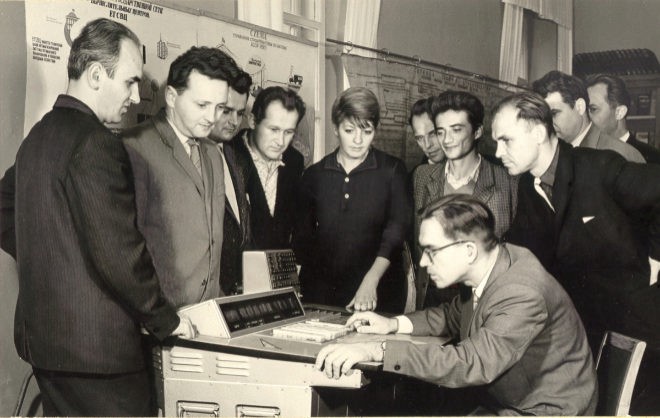 he final years of the Soviet Union were filled with economic strife. Suffering from both short and long-term problems with their economy due to their centralized system, the USSR’s government was on the lookout for something that could turn their country’s economy around.

One inventor under the name of Victor Glushkov would try to create a solution for this problem in the form of the ОГАС ( The National Automated System for Computation and Information Processing).

This system would allow the USSR to conquer the problem that had troubled it since the October Revolution: How to replace capitalism once and for all while staying at the same level of efficiency.

This became a problem for one main reason. Karl Marx lack of guidance when it came to what a country should do post-revolution.

Other than a few pointers, there was no guidance left by Marx, Baukunin, Lenin, Kropotkin, or any of history’s famous socialist thinkers on how Communism should actually function. Besides the workers or state taking ownership of the means of production and the abolition of commodity relations, which meant that production was for need rather than for profit.

The USSR had enjoyed some significant growth from the 1930s through its use of Five-Year Plans. But this was mostly due to the centrally planned regime dragging the USSR through a period of crash industrialization where a process that would usually take 200 years was done in under 20.

The USSR was a country where maximizing outputs was what mattered, and this maximum value would be ever-increasing. The problem was how to distribute the raw materials so that products people actually want can be produced. More so, establishing what people actually wanted and how to coordinate all the different economic sectors to get it there.

A planned economy sounded good on paper: No longer would people be left vulnerable to the unstable free market. A planned economy could decide what needs to be produced based on people’s needs rather than being incentivized by profit.

Sadly, no one had a clear idea of how this should work. By the mid-seventies, possibly before, the machine was starting to stall, leading many to think that the Soviet experiment was reaching its end.

A man with a vision

We are used to a world filled to the brim with data. The Soviet planning system was remarkably data-poor with many of the production figures either being falsified or greatly exaggerated to make the system seem more successful than it was. One man wanted to change this

Victor Glushkov was this man. He thought that this problem could be remedied by connecting up all Soviet industries with simple computers and telephone lines. His massively ambitious plan was called The All-State Automated System for the Gathering and Processing of Information for the Accounting, Planning and Governance of the National Economy, USSR.

Material stocks, manpower, budgets, and plan targets could all be communicated between the producers, and Gosplan, the USSR’s economic planning agency could review these values in real-time. The goal was to make the economy function more like a connected machine rather than individual regions following set scripts on how they should act, which in theory would’ve made the economy more reactive and stable.

Compared to the systems that we are familiar with today this grand scheme would seem very basic to us. But it didn’t have to be extremely complicated as it dealt with basic input and output of different items such as raw materials and manufactured product output of each factory.

Moscow would have to connect to as many as 200 mid-level computer centres in the capitals of regions, which would then be linked to as many as 20,000 computer terminals distributed across key production sites within the region. Gosplan would still be able to call the shots, but different regions could now communicate with each other allowing for better cooperation between factories.

In theory, this system could’ve allowed the Soviet Union to fix its key structural weaknesses in its economy which would’ve meant that USSR wouldn’t have had the economic problems in the 1980s which led to its downfall. So why wasn’t this system implemented?

The Soviet state consisted of people firmly entrenched in their positions which became very evident in the Brezhnev era where the Politburo’s average age would rise to around 70. This meant that power was hard to move even within the higher levels of the state. Rivalries between ministries would develop as each tried to grasp as much power in the system as they could.

OGAS would have not only handed greater power to Gosplan itself, but would have also distributed power to the regional leaders and factory leaders which was something the Politburo didn’t want. As well as this the project would’ve been hugely expensive with a cost estimated to be as much as the Space Programme and the Hydrogen Bomb projects combined!

The initial price mark given was 20 billion rubles as well as requiring over 250,000 staff to be trained to be able to operate the system across the union. The given time frame for the project was 30 years, definitely a long-term solution, but would allow the Soviet economy to prosper in the future.

Sidelining the space program and nuclear weapons development for the sake of OGAS would have been unthinkable for the Soviet elite due to both the Space race and Nuclear race between the US and USSR. Investing so much money into a system that already kinda worked wasn’t something the Soviet leadership was prepared to do.

When Glushkov went to a meeting at the Kremlin in 1970 to propose his plan he didn’t get the results he wanted. It was said that the Ministry of Finance had had words in Kosygins ear prior to the meeting and when Glushkov arrived he found Breshnevs and Kosygins, his only two potential supporters, absent from the table.

Without the support of two of the strongest members of the Soviet leadership, OGAS became a control system for switching the lights on and off in chicken hatcheries instead of reaching its full potential in running the Soviet economy.

The potential saviour of the Soviet system was left behind and his ideas were discarded. Only 20 years later the USSR would go bankrupt due to the mismanagement of the economy, leading many to think that if the OGAS system had been implemented the USSR could’ve lasted another 100 years.

Victor Glushkov was ultimately ahead of the curve in an era of stagnation for the Soviet Union. With the leadership reluctant to make any changes in fear of them damaging their power base, Glushkov’s efforts were ultimately misplaced.

One could only wonder what could’ve come of his efforts under the leadership of another Soviet Premier like Khrushchev or Gorbachev, both innovators of their time who might have embraced this project rather than discarded it.

For the inspiration of this article and further reading on the subject check out: How Not to Network a Nation: The Uneasy History of the Soviet Internet (Information Policy) by Benjamin Peters which takes a much more in-depth look at this project.