The Man Who Was Walled for Mass Murder

Also known as the Moroccan serial killer that escaped crucifixion 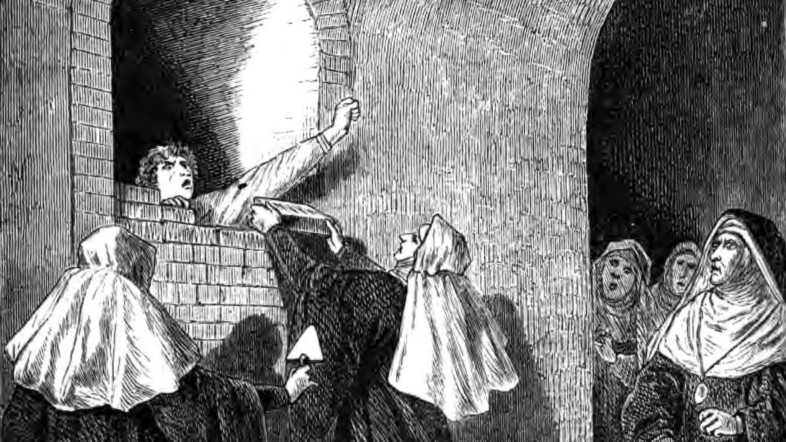 erial killers have been around for centuries, but their punishments used to be a lot harsher than today. Many serial killers usually remain in history for their criminal record and not necessarily for the penalty they have received for their crimes. In this story, we have a very specific case where a unique punishment was given for mass murder. But to get a better understanding we must go back 1900s in Maroc/Marrakesh.

Hadj Mohammed Mesfewi, also known as the Morrocan serial killer was a shoemaker by profession who had his own little shop in the center of Marrakesh. At the beginning of the 1900s, Marrakesh was seen as the epicenter for trading within the African continent, therefore many traders as well as foreigners came and went all the time, making it very difficult for the local guards to follow up with the rising crime rate.

In 1902, ten women had disappeared from the city overnight with no trace left behind and the community always thought that they were being kidnaped by travelers or even traders that came to Marrakesh. Mesfewi was well acquainted with most of the locals as he was one of the few shoemakers at the time. However, they never liked him as he seemed mysterious as if he was hiding something.

By 1906 another thirty women had been reported as missing, so the authorities got to work. Someone found twenty-six women from the ones reported missing, buried under Mesfewi’s shop and the rest buried under his house. Once caught, he was tortured to confess how he had killed them. He confessed to taking women to his house for dinner and then giving them drugs and mutilating them to death.

Mesfewi was condemned to death by crucifixion for the murder of thirty-six women. His sentence was supposed to take place on the 2nd of May 1906. However, some foreign diplomats with power convinced the Morrocan government that death by crucifixion was too brutal for the 20th century, therefore they suggested that he should be walled in until he passed away. For those that may be confused, walled refers to putting someone in a wall, therefore depriving them of any air or light.

However, the method focuses on enclosing a person into a very tight space, where the person would eventually die from starvation or dehydration. On the 11th of June 1906, Mesfewi was walled alive, reports from the time say that he cried for two days without stopping, the succeeding day he died. Contemporary historians say that there are no reported sentences in history in which people had been walled alive, but knowing how vicious humanity can be someone must have done it in the past thousands of years.