The Man Who Was Despised for Surviving the Titanic

A story about how a different culture can affect you 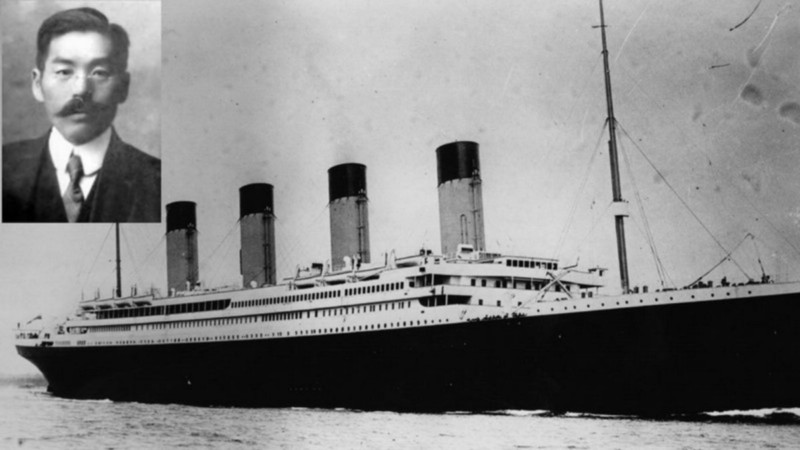 apanese culture differs in many respects from the Western one, one of its most important features is the importance it attaches to ideals of duty and honor. The concept of shame weighs hard for the Japanese people, as society’s expectations are of great importance. This was evident in the case of Masabumi Hosono, a survivor of the Titanic, but who could not enjoy this.

Masabumi Hosono was an employee of the Ministry of Transport of Japan. He got to board the famous Titanic, taking his ticket to the second class, after returning from a business trip from Russia. Hosono was, in fact, the only Japanese passenger to survive. On the night of April 14, 1912, when the famous ship entered the iceberg, Hosono was sleeping. He was awakened by a loud knock on the door.

The crew advised him to head to the lower decks. In a letter to his wife, Hosono wrote that he was already ready to die, being convinced that it was something imminent at the time. However, when one of the crew members tasked with getting people into the lifeboats shouted that there is room for two people, an individual jumped in front of Hosono and took his place in the boat. As if he was automatically driven by something, he also jumped into the boat.

From fame to shame

Along with the other survivors, Hosono arrived in New York where he was initially not paid attention. With the help of friends, the Japanese returned to their homeland where the newspapers called him “the lucky Japanese boy,” as thevintagenews.com reports. After giving a series of interviews he gained some fame.

However, things were going to change radically because, in America, another Titanic survivor, a first-class passenger named Archibald Gracie, denounced him, calling him a clandestine passenger. Japanese newspapers quickly took over the information and wrote articles blaming him for surviving when so many had died. Many have said that Hosono and another man would have dressed as women to get a seat on the boat.

A shame to Japanese culture

For his people, the deed of Hosono was inconceivable because, instead of saving women and children and dying honorably, he had chosen to save his own life. He had made the country laugh, which is why he was fired from his ministry. It also appears that once he arrived in Japan, he would have received letters asking him to commit suicide. It seems that some newspapers would have done this, although he later recovered his job and worked in the ministry until 1939 when he died.

In Japanese culture, death is something honorable, therefore seeing someone survive such a tragic event being the only Japanese to survive seemed like a different story. However, his family name remained stained. Masabumi Hosono did not talk about the night when the Titanic sank, but after his death, the family published the letter related to this episode, which he had sent to his wife, hoping that the honor of the family name would be restored.