The Little Girl Who Slept for 9 Years Straight

Ellen Sadler and her unknown disease that shocked the world 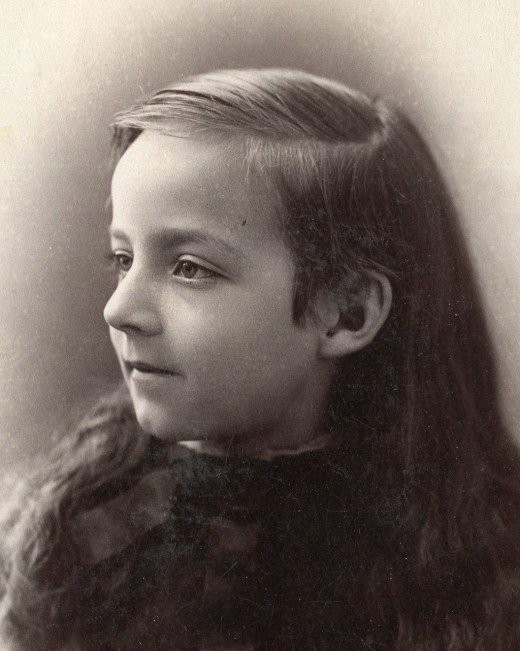 he 19th century is a fascinating era as it was on the brink of the industrial revolution, the modernization of the medical industry, and a social shift that would impact future generations which would have the biggest impact on humanity. Besides all of these important changes, there are many events that came to light as the world became more connected.

Times were simple, but this does not mean that they weren’t complicated as the ease we have today was the struggle many had to face, especially with things that could still not be explained. The same factor applies to Ellen Sadler who one day just went to sleep and didn’t wake up for 9 years. The world was shocked as they didn’t understand what was happening and it was the first popularized case of Trypanosomiasis or Sleeping Sickness.

Ellen was born on the 15th of May, 1859 in a big family of 12 children with her being the 10th. Her family was located in a small British village located between Oxford and Buckinghamshire known as Turville. This is where the expression “The sleeping girl of Turville” comes from. Her father named William Sadler was a farmer but died from a young age in an accident. Her mother Anne Sandler got remarried to Thomas Frewen, a factory worker who treated her children just like his own.

Falling into a deep sleep

In 1871 when Ellen was around 11 years old she showed no health problems since her birth. On the 29th of March, she went to sleep with the rest of her siblings as every other night, the only difference was that she didn’t wake up the next morning. Despite being shouted at, shaken, or pushed she would not wake up.

At first, everyone thought that she had died but she still had a pulse and she was still warm. The local medics analyzed her situation but no one had seen something like this ever before. They were not able to tell what was causing this deep state of hibernation. Experts from all over the country came to look at Ellen but none of them have seen or heard about anything like this.

As word got around about Ellen, people would come to her home to donate money towards this cause, although no one knew anything. Some of the people that visited even insisted on trying to wake her up. Everyone came with different sorts of alarms, inventions, and techniques but none of them worked.

The Times published an article later on that year about Ellan’s case where they stated:

“One of the most incredible, inexplicable physiological phenomenon that has ever been encountered” (The Times 1871)

This is what really made Ellen popular, attracting even people from overseas to see the sleeping girl. Besides donating money for this cause, people would actually pay a substantial amount for small strands of Ellen’s hair. As the family was big and the income was dire, they accepted some of the requests which had led to them making an impressive fortune.

This lead to federal investigations as the local police thought that they were making money off the poor girl, but they mentioned that they did not ask for the money, people would be donating at their free will. Everyone was allowed to see Ellen without paying a fee.

Everyone was wondering how the girl was still alive after months of not eating or drinking anything? Her mother was feeding her porridge, milk, and wine with sugar with a small teapot. After a year the girl’s jaw locked and that is when her mother started feeding her through a small gap where one of her canines was missing.

Sadly in 1880, her mother Anne died from an unexpected heart attack. Based on what the doctors stated, it was the constant stress and mental problems caused by Anne giving up hope that Ellen would ever wake up that provoke too much anxiety, therefore the heart attack.

Just 5 months after her mother’s death, Ellen woke up after 9 long years. She went to sleep at the age of 11 and she woke up being 21. Funny enough she actually woke up on New Years’ Eve in 1880. The next day (1st of January 1881) the newspapers went crazy, the whole world had known that the sleeping girl of Turville woke up, although everyone gave up hope.

When she woke up she was surrounded by her siblings and given the sad news that both her parents had died. She never dreamt anything, but she felt like she woke up in a dream. Just imagine putting yourself in her shoes, falling asleep at the age of 11 and losing 10 years of childhood, waking up as a young adult. Time goes fast enough without thinking about this. It took her time to actually understand everything that occurred and to process that information.

When she woke up she was still technically 11 from a mental perspective as she didn’t have the opportunity to gain any education or general knowledge through experience of life. She had to take it slow and with the help of her aunt Grace Blackall it was easy.

Most of the money raised during her sleep had been spent meaning that Ellen had to earn a living despite everything that happened. This is why she had to earn her living by making beads necklaces. A few years later she got married to a farmer from Reading and gave birth to six children one of which (Timaru Herald) would carry the story forward.

Sadly in 1901, Ellen died without any explanation and neither any records of what she had been up to a few years prior to her death.

After Ellen woke up in 1880 Dr. Gelineua started looking towards the probabilities of what led Ellen to the deep sleep and also what woke her up. 1880 was the first time medics understood the sort of illness that caused this sleep. The term we used today by medics to describe it is Narcolepsy.

This rare brain condition causes a person to suddenly fall asleep for long periods of time. This also leads the person into sleep paralysis meaning that they are not able to wake up. Narcolepsy is caused by a lack of orexin which is a brain chemical hypocretin that helps us wake up from sleep and stay awake during the day.

Although narcolepsy does not cause long-term health problems, it was cause severe mental problems for those who lose a large portion of their lives whilst sleeping for years on end just like in the case of Ellen Sandler. It may also be the case that Ellen’s early death be caused by depression from losing so many years of her youth.

Even to this day, it is still unknown what exactly wakes up the patients that are suffering from narcolepsy, neither is there a treatment for it. Most of the information in this article had been taken from the book “The Sleeping Girl of Turville” written by Ronald Cohn Jesse Russell.