The History Behind the “No One Dies Alone” Program 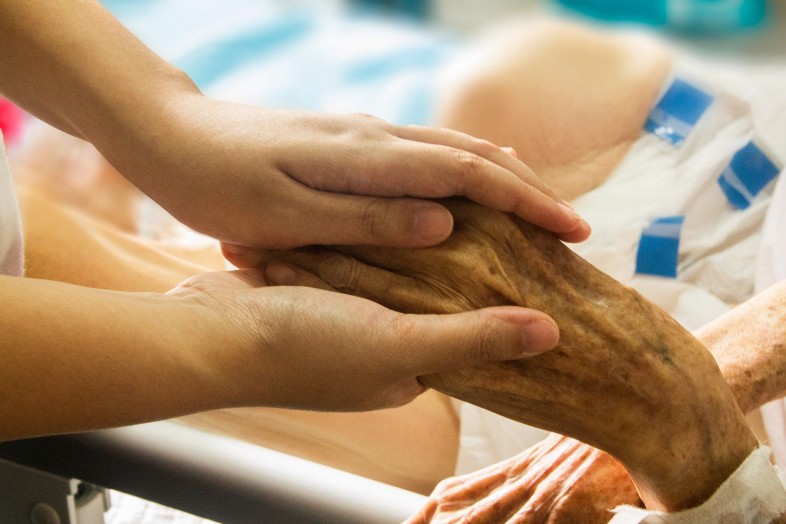 he NODA (No One Dies Alone) program must be the most beautiful thing that has happened in our society in the last 30 years. For those who are not aware of this program, it consists of nurses or even volunteers who stay next to patients with terminal illnesses and comfort them until they die by holding their hand and just being there.

Most people are frightened of death which is something natural as we don’t know what will happen after, but what is more frightening in my personal opinion is dying alone. The program was created for patients within hospices (hospitals for patients with terminal illnesses) who didn’t have a family or whose family members were not visiting, meaning that no one would be with them whilst passing away.

The NODA program is also being introduced within hospitals around the world for elderly patients that are dying or are close to passing away. Once again, some of these patients sadly don’t have anyone coming to visit them, or to say goodbye one last time, so the program makes sure that no one dies alone.

The regret of one soul helped others

However, this used to not be the case and this program is alive thanks to the experience of one nurse. In 1986, a nurse named Sandra Clarke was heading toward her night shift at a hospital where she was working. Night shifts tend to be more difficult as there are fewer nurses around, although most patients are sleeping they still have to be given their medication at specific times.

Sandra was told by her head nurse that there was a patient that was not doing well and was not to be resuscitated, therefore she could expect this patient to pass away. She went to check up on the patient who asked her kindly to stay with her. Sandra had other patients to take care of, but she promised that she would be back as soon she was done giving the medication to the rest of her patients.

About an hour passed and as promised, she returned to the patient who had his arm stretched out as if he was waiting for someone to hold his hand. Sadly, Sandra was too late as the patient had already passed away. In an interview taken in 2013 by the Mayo Clinic, Sandra expressed how angry and regretful she was for not staying with that patient whilst he was dying.

His last wish was just to have another soul next to him whilst he was passing away, no matter if this person was a total stranger at the end of the day. Besides representing just how important such small gestures are, knowing that you had the chance to help make a person’s death more comfortable is terrible. Not only that but knowing that there are many other patients, with or without terminal illnesses that are passing away alone.

Since that night, Sandra decided that a change is needed to comfort these souls that are passing away, making sure that no one dies alone. The program started off slowly, with a small group of volunteers that would comfort the dying patients at the Sacred Heart Medical Center in Eugene, Oregon.

The official launch took place in November 2001 with over 200 on-call volunteers ready to comfort any dying patient in the hospital of Eugene, Oregon. Over the years the NODA program has evolved, reaching over 400 hospitals and hospices around the world in 2008. Sandra Clarke won the Circle of Excellence Award from the National Nursing Association in 2004.

The importance of the NODA program today

With the help of the public, this program can keep growing around the world. The only resource it truly requires is volunteers that require no training, just compassion to comfort those who are dying. Of course, this program isn’t for everyone as it is quite difficult to see someone die and it could emotionally and even mentally affect some people.

However, due to the pandemic, we don’t understand just how important such a thing is. Those who were lucky enough to not have any of their relatives in a hospital due to the Covid-19 virus might not be aware that you are not able to visit the patient (this applies to most but not all countries), even if the patient is dying.

The daily count of deaths worldwide due to Covid-19 has come to 15,000. That can potentially be 15,000 people that are passing without being able to say goodbye to their dear ones or at least having someone next to them. The medical staff tries, these warriors have now been fighting for over a year to somehow find the time and emotional power to comfort these people whilst they are dying.

However, too many of these brave heroes have fallen and many of them are ending up having to choose which patient’s hand to hold as there are too many deaths and not enough medical staff to take care of all of them. That is why it is not only our job to reinforce programs such as NODA but also to stay inside, not only to make the job of medical staff easier but to save more lives.