The Genius Farmer Who Invented the Mobile Phone

Nathan Stubblefield also known as the father of the mobile phone 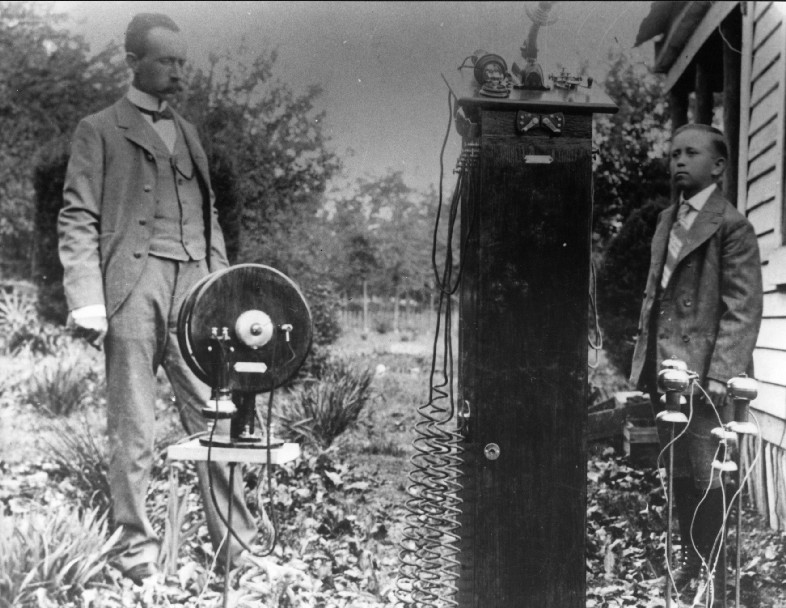 obile phones or the more present term “smartphones” have simply become a part of our lives with most of the world’s population owning one. It is not only about the ease of communicating through this device, but how the device itself became mandatory within the 21st century. The first “proper” mobile phone was introduced in 1973, however, the first mobile phone was created many years before.

Believe it or not, the first mobile phone was actually created in 1902 by a Kentucky farmer named Nathan Stubblefield, although his invention never got promoted by the public as people did not see its use. This portable phone was not very mobile as it needed a lot of extra equipment to run, but the idea was to have a phone outside of your home when going camping or traveling.

Due to the early death of Nathan’s father, he had to take care of the farm, meaning there was no possibility for him to attend any sort of higher education. Nathan was intrigued by electricity which was still quite a new phenomenon at the time. His circumstances didn’t stop him, so he started studying by himself and practicing electricity.

After he finished his autonomous study in electricity and telecommunications, he got married, founded a family of nine children, and started his own private telephone company in Murray, Kentucky in 1886. He managed to integrate a telephone system around the whole small native town. His own telephone system was based on sound vibrations, so one telephone would pick up vibrations from another telephone and vice versa, sort of like how we used to attach two cups to a string as kids (it functions on the same principle).

His interesting system even extended to Mississippi and Oklahoma. The success kept going forward as he even managed to get his mechanical phone patent which he created with the help of Samuel Holcomb, but even so, they were not able to beat the giant of the industry “Bell Telephone” with their electric phone.

Even so, Stubblefield was not discouraged, so he kept innovating his own system and even tried to create a mobile phone that would be able to call other phones without being wired to a grid. His idea of a mobile phone came from trying to eliminate the costs of phones which was the lengthy wires. Having a mobile phone would mean thousands of dollars economized on wires.

His first prototype was a platform built within his garden where he managed to communicate at a distance of 36 meters, even if that was amazing for the time, it was not very useful. In the following years, Nathan tried to improve the system in order to capture signals at a longer distance but with no luck.

This was until 1901 when he managed to change the amplification of the signal transmitted to reach a higher distance, somewhere around 100 meters. On the 1st of January 1902, he presented his mobile phone to the public by transmitting voice and even music to other phones around the area. He was thinking that the world could use this device to transmit news and information much more easily.

His invention soon reached New York where it caught the interest of some investors. These investors made Nathan an offer of half a million dollars (with inflation that would be around 13 million dollars today) worth of shares in Wireless Telephone Company of America in exchange for the rights to reproduce his system. Nathan accepted and he started going around America and presenting people his invention and how it works.

The problem was that people were not impressed by the invention as the system was making too much noise. In a short time, the Wireless Telephone Company went bankrupt, leaving Nathan with shares that weren’t worth anything and an innovative system that didn’t attract people.

By 1908, Nathan managed to create a new system for moving vehicles to communicate which was working great, but his invention never got any commercial attention. None of his inventions sadly attracted the public and being overshadowed by big companies didn’t help. Nathan Stubblefield died in 1928 with all of his inventions being forgotten.