The Discovery of a 5000-Year-Old Brewery

Beer is much older than people think 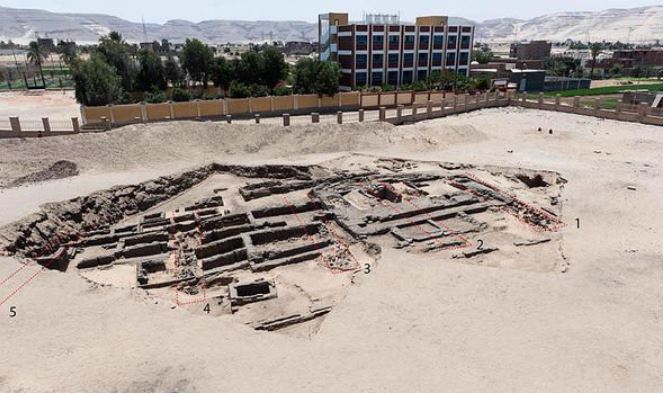 ntil recently it was believed that beer was a more recent beverage within ancient history but the discovery of what is now known as the oldest brewery in the world proved this wrong.

Dr. Matthew Adams an American archeologist very recently discovered what seems to be the oldest brewery to date in the Sohag region of Egypt. From the carbon analyses done the brewery seems to date back to 3100 BC, making it almost 5000 years old! At the time, the land was ruled by King Narmer, the pharaoh who managed to unite the whole of Egypt at the beginning of the first Dynastic Period.

Some historians believe that beer was actually used in the early burial and mummification rituals for Egyptian kings. This can also be argued because royalty would actually go for wine instead of beer. If we look at some contemporary literature, we can see that beer is said to have been created by peasants as they weren’t able to afford wine.

Archeologist Deborah Cischak from Princeton University helped to explain this discovery. During the rule of King Narmer, the regions around Abydos (an ancient Egyptian city from that period) suffered from a lack of beer production which was commonly used in sacrificial rituals according to the archeologist.

The dust within the brewing pots justifies heavy production. This brewery seemed to have had a production capacity of 22,400 liters of beer per month. As you can see in the above image, the brewery was split into multiple sections with each containing about 40 brewery pots used to heat up water and wheat for the fermentation process. The brewery seems to be very intact for its age as well as the heavy use it has seen.

In some regions within Egypt, a special type of brew was crafted named Hecht. This was a honey-flavored sort of beer that some people would prefer instead of the bitter taste that beer has.

The British Museum Blog gives a better definition of how this beer was actually crafted by Ancient Egyptians using traditional techniques.

What is more interesting is that beer was often also used as compensation for any sort of labor within Ancient Egypt. During ancient times it was more common for people to work in exchange for objects, resources, or materials rather than actual currency.

This was because the action of barter or exchanging things was commonly practiced. It is imperative to understand that most people were living below the poverty line, so currency was actually seen as a luxury that was mostly handled by high-status roles.

Such an incredible discovery as this one shows how many things are left to be discovered about the ancient world and that remain buried in time by the accumulated dust under our feet.