Some passengers got 84 times their money’s worth 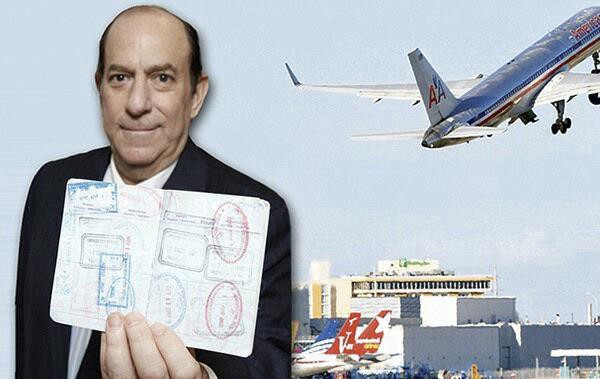 today’s society, we are always looking for the “crème de la crème” when it comes to services of any kind. It is not about the value you receive as a customer, but the prestige you are willing to pay for. Some companies are willing to offer this sort of premium service at astronomical prices that seem very unreasonable to a normal person, but it may be the perfect value for someone else.

A man who really got his money’s worth

This is the case of Steve Rothstein who was the sort of customer who got eighty-four times his money’s worth from a single purchase. He is one of the few people who bought an American Airlines (AA) lifetime ticket for the price of $250,000, assuring him a flight to any destination provided by the AA with unlimited use. It wasn’t just the unlimited flights, but also securing a first-class seat on every flight.

In the period of twenty-one years, Steve had flown with AA over 10,000 times, with all the flights coming at an estimated price of $21,000,000, around eighty-four times what he had initially paid for the lifetime ticket. Steve’s intent was to travel the world and boy did he get to do so. In the period of twenty-one years, he had traveled to over 100 different countries, having to change his passport more often than usual as there were no spaces left to place any border stamps.

However, Steve paid an extra $150,000 for his ticket in order to have the privilege of bringing an extra passenger each time he would fly. Do not think that Steve Rothstein was rich enough to throw this sort of money left and right, he was just an ordinary customer who saw the potential to gain a lot of value out of a deal, and that is why Steve took out a $400,000 loan which he paid in five years with 12% interest.

Another interesting perspective to look at this is that he flew over two million miles in twenty years, therefore we can argue that he is also the man who traveled the most.

History of the AA lifetime tickets

In the late 1970s, American Airlines weren’t doing so great, even with its great reputation, the airline industry was becoming very competitive, with new companies joining every year, which meant that the main factor for every customer looking to purchase a ticket was the price. With the Airline Deregulation Act of 1978, the airline industry became a brutal mess with high competition as this new act implied that the airline industry would not be controlled by the US government.

Due to all the new competition that settled in, AA reported a $76,000,000 loss in 1980. AA knew that they had to come up with a unique promotion that would not only assure sales but secure customer loyalty. This is where Robert Crandall (AA CEO in 1981) came up with the idea of selling an ultimate travel pack that would secure quick money for AA. At the same time, the CEO and board of directors thought that no one would actually fly so much to get their money’s worth out of this lifetime ticket.

It is true that these lifetime tickets at a very high cost brought the company cash flow that was vital to their survival in the competitive market of the 1980s, but at the same time, such a huge business should think of long-term investments or in this case long term losses that could occur due to such promotions. At the beginning of 1990, AA realized that they made a huge mistake selling those tickets because most of the people who bought them flew more than what the ticket was worth.

Therefore in 1994, they discontinued the sale of lifetime tickets, with a total of twenty-eight customers purchasing them since their launch. The problem was that these twenty-eight people, especially Steve Rothstein, were flying a lot for “free”, causing major losses for AA. An analysis done by the AA financial team in 2007 showed that on average, each of these twenty-eight customers cost AA around $1,000,000 per year in fees and taxes. Meaning that AA was losing almost $30,000,000 per year due to the lifetime tickets.

What really brought this problem to their attention was that Rothstein made over 3,000 reservations in the span of four years and canceled 2,500 of them, this meant even more losses for AA. Through an elaborate operation, they managed to stop Rothstein at the Chicago O’Hare airport and take the ticket off him, telling him that he is not allowed to fly with AA. This is what happened with the rest of the twenty-seven-lifetime ticket owners, they were hunted down in airports across the world and discarded their tickets.

Rothstein and other previous owners of such a ticket filed a lawsuit against AA, but due to the financial power of a corporation such as American Airlines, they were outmatched by an army of lawyers, therefore losing the lawsuit.

This problem still prevails today where many corporations are above even the law and they have the power to do pretty much what they want even if they are in the wrong. Despite all this, these twenty-eight customers managed to gain millions of dollars in value with the number of “free” flights they got to enjoy with their lifetime tickets.