Pope John XII: The Youngest and Worst Pope in History

The eighteen-year-old pope whose drinking, gambling, incest, and murders marked the lowest point in two thousand years of the papacy 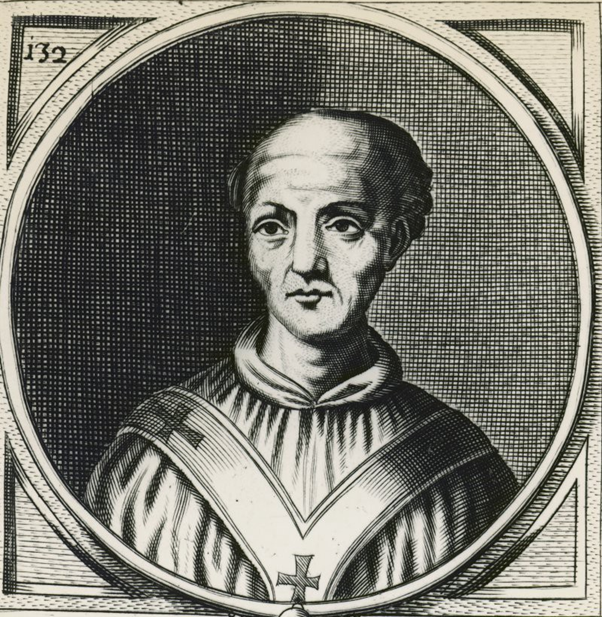 ‘A robber, a murderer, and incestuous person, unworthy to represent Christ upon the pontifical throne … This abominable priest soiled the chair of St. Peter for nine entire years and deserved to be called the most wicked of popes.’

his was how the French historian and pamphleteer Louis Marie DeCormenin described Pope John XII, who served as Supreme Pontiff and ruler of the Papal States from 955 to 964 and who has gone down as one of, if not the, worst popes in history.

John’s pontificate came at the end of what catholic historians call the Saeculum Obscurum, ‘the dark century’, and others call the ‘Papal Pornocracy’ meaning ‘rule of prostitutes’. The Carolingian Empire, which acted as the greatest defender and supporter of the integrity and independence of the papacy had collapsed long ago. Since then, Rome and the papacy had been controlled by powerful rival Italian families.

From the election of Pope Sergius III in 904, the papacy was firmly in the hands of the Theophylacti family, beginning with Theophylactus, Count of Tusculum, who had placed Sergius on the papal throne. For much of the early tenth century though, it was Theophylactus’s daughter, Marozia, who was the real power in Rome, earning the epithet ‘Senatrix of Rome’. Marozia was the mistress of one pope (Sergius III), and personally appointed two more (Anastasius III and Lando) before murdering a third (John X) to have her and Sergius’s illegitimate son elected Pope John XI in 931. She then married her close relative, Hugh of Provence, King of Italy.

But whilst Marozia was busy ruling Rome and selecting popes, she was ignoring her other son, Alberic, Duke of Spoleto and Pope John’s half-brother. Alberic was incensed at his mother for overlooking him in favour of John, and absolutely despised Hugh for punching him in the face during a party at the Castel Sant’Angelo, the papal fortress.

In 932, Alberic led a mob to storm the Castel and remove his mother and step-father from power. Hugh escaped through a window but Marozia and pope John were captured and imprisoned in the fortress. Marozia was never heard of again but John was later released, becoming a puppet for his half-brother.

Alberic remained the master of Rome for twenty years. He successfully defeated numerous attempts by Hugh to return to power and appointed four popes, one of which, Stephen VIII, he had mutilated to death for not following his instructions. In 937, Alberic had a son by a mistress, which he named Octavianus after the great Emperor Augustus, a testament to the high hopes he had for his son.

In 954, aged barely forty, Alberic fell ill with a deadly fever. He was carried to the tomb of St Peter on Vatican Hill (the basilica and Vatican would not be built for another 500 years) where he assembled the leading Romans, politicians, lawyers, bishops, etc. In a period before the College of Cardinals, it was these, the people of Rome, who formally elected the pope. Over the bones of St Peter, Alberic had them swear that when the current pope, Agapetus II, died, they would elect Octavianus as his successor. He died a few days later.

When Pope Agapetus died the following year, the leaders of Rome kept their promise and, on 16 December 955, elected Octavianus, son of Alberic and grandson of Marozia, as Supreme Pontiff and ruler of the Papal States, who took the papal name John XII. It was a grave mistake that many would bitterly regret.

The problem was that John was only eighteen when he was elected pope, the youngest in history. Like most rich and privileged teenagers, the last thing on his mind were spiritual and ecumenical matters; far more interesting to the young pope was drinking, gambling, and, of course, sex.

John allowed, practically encouraged, Rome to slide into decay whilst he used its wealth to fund his wild gambling and lavish lifestyle. The Lateran Palace was turned into one enormous brothel where John would openly have sex with married women. He had numerous mistresses; he made one of them governor of one of the Papal cities and loaded her with church treasures, another one he inherited from his father and impregnated. There were even reports that he invited (or rather kidnapped) female pilgrims who had journeyed to Rome to the Lateran Palace to have sex with him.

But whilst John was busy gambling, whoring, and generally degrading the papacy in any way he could, his enemies were closing in. By far the greatest threat was Berengar of Ivrea. Berengar was the nephew of John’s step-grandfather, Hugh of Provence, and had succeeded him as King of Italy. John’s lavish lifestyle had left him bankrupt and the Papal army was no match for Berengar’s; so when King Berengar began invading the northern Papal States in 960, John had no option but to fall at the feet of Otto of Saxony, King of the Germans, and invite him to Rome as his protector.

Dealing with the Devil

Otto of Saxony was the polar opposite of the debauched young pope. Thirty years John’s senior, he had spent years welding Germany into a single state and gallantly defeating all his enemies; he was widely lauded as the very image of Christian piety and chivalry. Otto’s prime goal was to resurrect the glorious empire of Charlemagne, so when John offered him Charlemagne’s imperial crown and to become Holy Roman Emperor in exchange for protecting him against Berengar, Otto happily took the job.

On 2 February 962, Otto and his wife knelt before the young pope in St Peter’s Basilica and received the imperial crown of the Holy Roman Empire. In exchange, he promised to protect and defend the independence of the Papal States, stretching from Naples to Venice, and that any papal land he reclaimed from Berengar would be returned to John. Remarkably, the Holy Roman Empire that John restored as a simple matter of convenience in 962 would last another 850 years, disbanded only by Napoleon in 1805.

Otto remained in Rome for two weeks and his relationship with John quickly deteriorated. Now Holy Roman Emperor, Otto began lecturing John on his scandalous ways and spoke to him like the little schoolboy he really was. John was understandably relieved when, in March 962, Otto left to fight Berengar in northern Italy.

But the pope, still only twenty-four at this point, chose not to remember a single word of Otto’s lectures or any of his promises to the new Emperor. A report sent to Otto whilst he was fighting Berengar in the Apennines spoke of his continued mistresses, gambling, and whoring of female pilgrims. It stated:

‘The Palace of the Lateran which had once sheltered saints, was now a harlot’s brothel.’

Otto was initially blasé about the situation, saying to the report’s authors “He is only a boy, and will soon alter if good men set him an example.” His attitude soon changed, however, when he heard of John’s new friendship with Aldabert, son of King Berengar, the very man Otto was fighting a war against for John.

Pope John had become wary of Otto’s increasing power since making him Emperor and nervously watched as he had won battles and gained territory. So, like the naïve and arrogant boy he was, he entered negotiations with the Byzantine Emperor in Constantinople, Aldabert, and even King Berengar about joining forces against Otto. Furious at the rumour that John was about to give his coveted and heard-earned imperial crown to Aldabert, Otto set off once again for Rome, this time at the head of an army.

John did not hang around. As Otto approached the city, he grabbed whatever drink, riches, and women he could and ran off to Tivoli with Aldabert.

Once in control of the city, Otto called a synod (a council of bishops, cardinals, deacons, and other clergymen) of over one hundred churchmen to discuss John’s crimes. After eight years, these had stacked up monumentally:

After hearing all this, Otto wrote a letter to John asking him to return to Rome and answer to these crimes, promising no harm would come to him. But the scorned pope had other ideas, writing to Otto and the bishops of the synod:

“We hear you wish to make another pope. If you do, I excommunicate you by almighty God, and you have no power to ordain no one, or celebrate mass.”

The bishops, intoxicated with the security Otto’s presence in Rome had given them, rebuked John’s threats, even criticizing his letter’s appalling grammar with ‘we always thought that two negatives made a positive.’ Once John had refused for a second time to appear before them (he was too busy hunting), the synod duly excommunicated ‘the Apostate John’ and, on 1 December 963, elected Leo VIII, surprisingly Emperor Otto’s candidate, as pope.

But remember that it was the people of Rome that made a pope, not a cluster of disgruntled bishops and certainly not the Emperor. John may have been a lascivious apostate, but he was Rome’s lascivious apostate; they had elected him and were not prepared to accept the puppet of some German barbarian.

Rome’s citizens duly rebelled against Leo’s election and were bloodily suppressed by Otto’s occupying forces. But Otto could not stay in Rome forever. He had his puppet pope in place, he still had Berengar to contend to, and his feudal lords were requesting his presence back in Germany. Therefore, in January 964, Otto left Rome. Barely had Otto’s army left the Eternal City when the vengeful and volatile John returned to take back his papacy.

John’s revenge against the bishops and other enemies was swift and terrifying. Some had their tongues cut out, others had their hands or fingers removed, and some even had their noses sawn off. He set up his own synod on 26 February that annulled all the decisions of the former synod and excommunicated the now-Antipope Leo, who had quickly fled to his master Otto’s side as soon as John returned to Rome.

John was once again Supreme Pontiff and master of Rome, but it was a restoration he would only enjoy for a few months. Stories differ as to how Pope John XII died on 14 May 964; one states that he died of a stroke caused by exerting himself too much whilst having sex with a married woman, another says he died of internal bleeding after being beaten up by the said woman’s husband after he had found them in bed together.

Either way, Pope John XII died as he had lived, smothered in debauchery, sin, blood, and sex; defaming the papal office and chair of St Peter, and reducing the papacy to its lowest nadir in its two millennia history. He was just twenty-seven.

Historian with MA in Modern History/ Imperial — LGBTQ+ — Tudor History/ specialises in telling the forgotten stories and strange tales of history. Freelance writer for All About History and History of War Magazines. Follow me on Twitter: @joshy_history or TikTok: joshsuseslesshistory