How 80,000 Children Were Evacuated Out of Finland During WWII 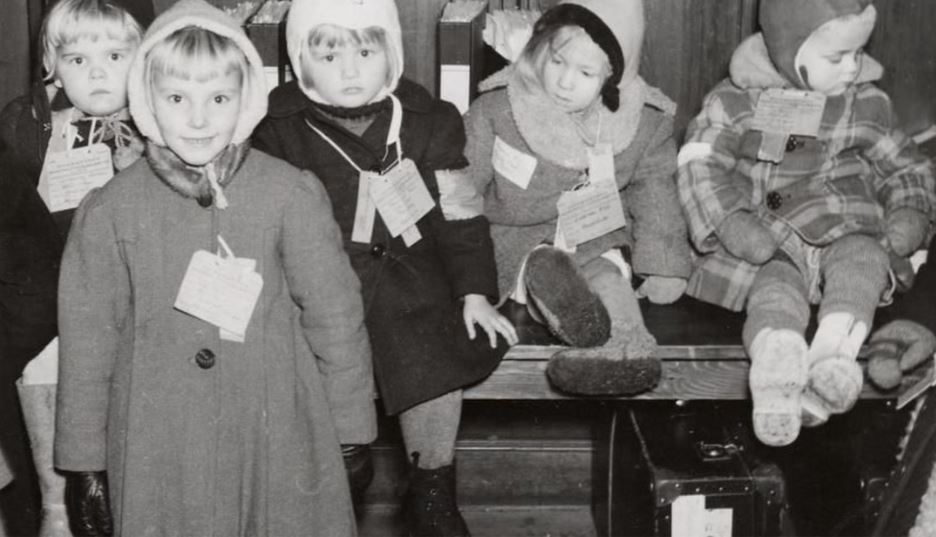 he Finnish war children are another cruel outcome of the Second World War which just goes to show how careless governments can be as well as how quickly they can find excuses. On the 30th of November 1939, the Soviet Union attacked Finland due to a fake border incident and high tensions between the two nations. The Soviet Union believed that Finland would ally with Nazi Germany and Finland believed that the Soviet Union would take control of their country and use it as a military outpost.

Five months into the war, over 22,000 Finnish people died and the war was not looking very bright for Finland. Therefore the Finnish government decided to ask Sweden (their neighboring country, though not necessarily their allies) if they could house the children within their country until the war was over. Sweden was never invaded by Germany as they had good diplomacy, so it was a good idea considering that it would make Sweden look good and also because it was the right thing to do. However, they never planned for Finland to lose the war.

The other major problem was that Sweden was not able to house that many children as resources were scarce due to the war, even if they were not directly involved in it. Therefore, the Finnish Minister of Health and Minister of Social Protection formed a special health association that would have the job of sending children into “safe havens” or families in various countries throughout the world until the war was over.

Sweden was very happy with the way Finland was preparing for a rough war, hence, they prepared as well as they could to receive as many children as possible. These children were all going to be placed in Swedish families that were happy to house them and nurture them until the war was over, however, the Swedish government was not able to force families into this scheme, therefore Sweden was only able to house 10,000 Finnish children.

By 1941, Sweden had more families willing to house Finnish children, however, the problem was that Finland was not able to cover the transport costs anymore, leaving it to Sweden to cover the cost. Finland was becoming the war zone it was expected to become, the main issue being that food rations were running out too quickly. Thankfully, the Red Cross association helped as much as possible with both food and clothing.

The Finnish children were sent to Sweden through a well-structured system where an agent from the association would collect a group of children that would have a tag around there neck stating:

More or less, they were effectively sent like parcels, but never alone, always with an adult escorting them to their “new family”.

The United States wanted to get involved in helping Finland as they didn’t see them as a hostile country, just a country that ended up between two powerful nations, forced to go with one or the other. Therefore, they sent rations that would be delivered to Great Britain and from there follow straight to Finland. Once these packages reached the British, they were never sent to Finland as they saw the Finnish as part of the Axis.

The main director of the Finnish children’s movement was Elsie Bruu, the librarian from the Finnish Library of Parliament. She, as well as the committee she was surrounded by, was also responsible for planning how these children would be brought back to Finland and reinstated with their actual families. However, this was to become something very difficult as in January 1942 the Finnish government created a law where no one was allowed to criticize the movement of the Finnish population. Effectively making the Finnish war children a tool for propaganda. This was also very much caused by Finland becoming part of the Axis, by joining the Germans.

The repatriation crisis after the war

Upon the end of the war, around 80,000 children had been sent out of Finland, most of them housed in Switzerland and a small percentage even reaching Great Britain. This is where the real challenge was to begin for the Finnish government with the repatriation of all of those children, from which quite a few were either moved from their temporary families or simply ran away. The other humongous issue was that the so-called temporary “adoptive parents” of these children did not want to return the children to their biological parents. This led to a long series of unprecedented court cases between the adoptive and biological parents of the children.

The other huge blow for the Finnish government was from a survey that was done in 1946 which showed that from 600 Finnish families whose children were sent to Sweden, only 200 of them actually wanted their kids back! Many of these children were taken from their biological parents at a very young age, and because of this, some of them had forgotten about their biological parents, had been schooled in the Swedish system, or had never learned their native language. Some of them were even manipulated into thinking that they had always been Swedish.

This wasn’t the worst thing, because looking at this issue from a different perspective, Sweden was not directly affected by the war, hence, they were a fairly rich country at the time, whilst Finland was destroyed with its economy raised to the ground and barely producing enough food to feed its homeless citizens. Therefore the Finnish children were in better hands.

Minister Tynne Leivo-Larsson tried to encourage the efforts of repatriation by creating a specific committee for the repatriation of Finnish children. The problem was that the population of Finland was lower than usual due to the numerous casualties suffered during the war. That is why Finland needed its future generations to rebuild the country. The children which had been “lost” in Sweden were to the Finnish government as they had been lost in the war.

It is true that many of these children have ended up orphans in the true sense of the word as their parents were victims of the war, therefore their temporary parents have chosen to indirectly adopt them, meaning that Finland would end up with a low turnover of citizens prepared to work in different industries, which was a must for the country to rebuild its economy after the war.

On the other hand, taking a child from his maternal parents is not ok as the biological parents should be the ones making this decision to give away their child in order to have a better life. Many historians go with the utilitarian view on this and as hard as it is to agree, it is better than the consequential view as their life would be in danger even after the war if they were to be repatriated with their maternal parents.